Cannabis Could Help People With PTSD Overcome Depression And Suicidality 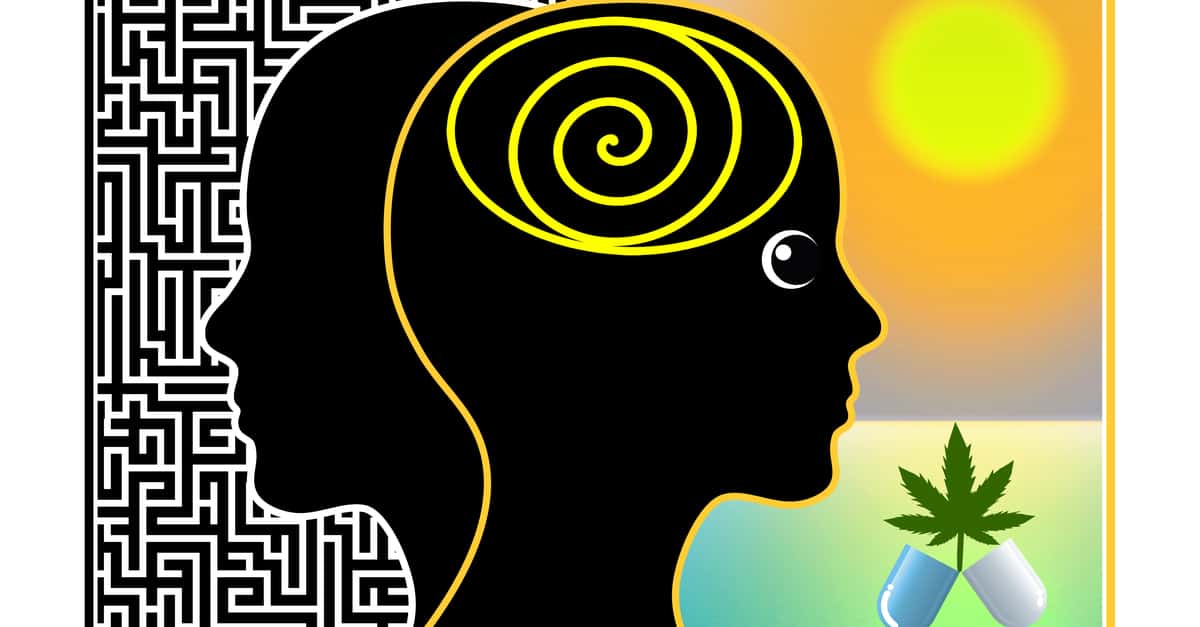 Cannabis Could Help People With PTSD Overcome Depression And Suicidality

Cannabis may aid persons suffering from depression and suicidality. According to a new study, people with post-traumatic stress disorder (PTSD) who use cannabis have significantly fewer depressive episodes and lower rates of suicidal ideation than nonusers.

The study, published on Tuesday in the Journal of Psychopharmacology, reviewed nationally representative health data from the Statistics 2012 Community Health Survey and discovered that patients with PTSD who have not reported past-year cannabis usage are substantially more likely to have suicidal thoughts and experience depressive symptoms. According to recent research from the BC Centre on Substance Use, Cannabis may be helping Canadians cope with the effects of post-traumatic stress disorder (PTSD) (BCCSU).

According to recent research from the BC Centre on Substance Use, cannabis treatment might reduce symptoms of post-traumatic stress disorder (PTSD).

Depression And Suicide Are More Common With PTSD

The populations of Canada and the United States have some of the world’s highest rates of PTSD. According to a 2016 study, 7.2% of persons living in the US suffer from PTSD.

PTSD is a significant psychiatric illness characterized by a cluster of symptoms that can develop in persons who have experienced a traumatic, dangerous, or frightening event. These encounters may include aggression, conflict, and harm. People exposed to trauma, particularly survivors of acute injury, conflict, violence, and disaster, have a considerably greater incidence of depression, suicide, and substance use disorders than the general population.

Nearly everyone will experience stress-related symptoms following a traumatic event, although most recover quickly. Some people, however, continue to experience symptoms such as frightening thoughts, terrible nightmares, and flashbacks. Individuals with PTSD continue to have trauma reactions even when there is no threat.

Researchers from the BCCSU and the University of British Columbia (UBC) discovered that having PTSD was strongly linked with suffering a major depression episode or suicidal ideation among many people who did not use Cannabis but not in the cannabis-using population, implying that Cannabis could have therapeutic benefits for those with PTSD.

This study examines the link between PTSD, cannabis usage, and severe mental health effects in a large population for the first time. The research was published in the Journal of Psychopharmacology today.

We know that with few effective therapy choices for PTSD, many individuals turn to Cannabis to relieve their symptoms. However, no population-level research has shown that Cannabis may be therapeutic in treating PTSD. These findings hold some hope for those looking for therapy choices.

“We’re only just getting a sense of what cannabis’s therapeutic potential for several health issues might be,” says a research scientist. These findings are intriguing, and more research is needed to properly understand the benefits of Cannabis for patients who have PTSD.

420 of the 24,089 qualified respondents reported having a current clinical diagnosis of PTSD. In total, 106 persons with PTSD, or 28.2%, reported using Cannabis in the previous year, compared to 11.2 percent of those without PTSD. PTSD was substantially related to a recent major depressive episode and suicide ideation in those who did not use Cannabis. The researchers discovered that cannabis nonusers with PTSD were approximately seven times more likely to have suffered a recent episode of depression and 4.7 times more likely to have considered suicide.

The researchers discovered that 28.2% of those with PTSD reported using Cannabis in the previous 12 months, compared to 11.2% of those without PTSD. Further investigation indicated that among nonusers of Cannabis, those with PTSD had a considerably higher likelihood of experiencing a major depressive episode or having suicidal thoughts in the previous 12 months than those without. Depressive episodes were 7.2 times more likely, and suicidal thoughts were 4.8 times more likely.

PTSD, on the other hand, “was not related with either outcome among cannabis-using respondents,” the scientists wrote. The researchers conclude that the findings from a population survey provide early evidence that cannabis use may assist in lessening the relationship between PTSD and severe depressive episodes and suicidal moods.

“PTSD was not connected with a recent depressive episode or suicidal ideation among cannabis-using responders.”

While the study only included responders, the findings apply to patients in the United States as well, as members of the military stationed here had a greater incidence of PTSD than the general population.

A former secretary of the United States Department of Veterans Affairs (VA) recently stated that he supports the department conducting clinical research into the therapeutic benefits of cannabis for veterans with PTSD, citing the population suicide rate as evidence that ignoring the treatment option puts service members at “risk.”

While under his leadership, the VA declined to support cannabis research initiatives for medical conditions that commonly affect veterans, he stated this week that the department “should be involved and open to research for anything that can help people improve their lives, including medical cannabis.” These findings are intriguing, and more research is needed to completely understand the benefits of Cannabis for patients who have PTSD.”

Treatment For Cannabis Addiction And PTSD

According to studies, people who have PTSD and use cannabis concurrently have a far more difficult time ending substance misuse than others who struggle with cannabis abuse. Because of the co-occurring mental health issue, withdrawal symptoms, particularly cravings, may feel more intense. However, rehabilitation therapy, particularly Cognitive Behavioral Therapy, has effectively treated cannabis addiction and PTSD concurrently.

Rehabilitation clinics that concurrently treat PTSD and substance misuse have a high success rate and are essential for persons suffering from co-occurring illnesses. The assumption that Cannabis can be used to treat PTSD is based mostly on anecdotal data from PTSD patients who believe that Cannabis relieves their symptoms or improves their public life and functioning. To assess the use of whole-plant Cannabis to treat PTSD, randomized controlled trials (RCTs), which are the “gold standard” for determining safety and efficacy, are required. There has only been one randomized controlled trial comparing whole-plant Cannabis to a placebo for the treatment of PTSD (23). This trial was divided into two stages. The first phase examined the effects of three active cannabis formulations (high THC, high5 CBD, and balanced THC+CBD) and placebo on PTSD symptoms in 80 US military veterans. According to the findings, there was no significant difference in PTSD symptom reduction between the placebo and active cannabis preparations. 74 Veterans were re-randomized to one of three active cannabis preparations in the second phase. The THC+CBD group exhibited a significant reduction in PTSD symptoms. Still, because there was no placebo group in this phase, judgments about the efficacy of Cannabis in treating PTSD cannot be drawn from these results.

Furthermore, the study could not account for other factors that could explain differences in symptom reduction between groups, resulting in a significant risk of bias. Another study indicated that medical cannabis users with self-reported PTSD experienced short-term symptom relief but no long-term changes in PTSD symptoms, implying that Cannabis may not be an effective treatment for PTSD. Furthermore, another study indicates that prolonged cannabis usage may aggravate trauma-related symptoms. Preliminary research suggests that taking CBD orally may reduce anxiety in people with and without clinical anxiety. This research has resulted in the development and testing of CBD medicines for people suffering from social anxiety and PTSD.

The Effects Of Prohibited Cannabis Use On PTSD Treatment

Chronic or chronic cannabis usage may hurt Veterans’ outcomes in evidence-based PTSD treatments. Evidence suggests that having a CUD diagnosis predicts poorer symptom reduction during residential PTSD treatment, and using Cannabis following PTSD treatment has been connected to worsening PTSD symptoms. Other research, however, has found no link between baseline cannabis use and post-treatment PTSD symptoms. It is plausible that functional issues associated with cannabis usage, rather than a neurobiological effect of Cannabis, may impact the success of PTSD treatment. Individuals who use Cannabis may also struggle to engage in treatment; a recent study discovered that baseline cannabis use predicted a doubled chance of dropout from cognitive-behavioral and pharmaceutical therapies for PTSD and poor adherence to trauma-focused psychotherapy.

People with PTSD have difficulty quitting Cannabis and responding to CUD treatment. They exhibit higher cravings and withdrawal symptoms than people without PTSD and are more likely to use Cannabis in the six months following a quit attempt. These people, however, can benefit from various evidence-based CUD treatments, including cognitive behavioral therapy, motivational enhancement, and contingency management. As a result, physicians should continue using these choices to encourage abstinence or reduce cannabis usage.