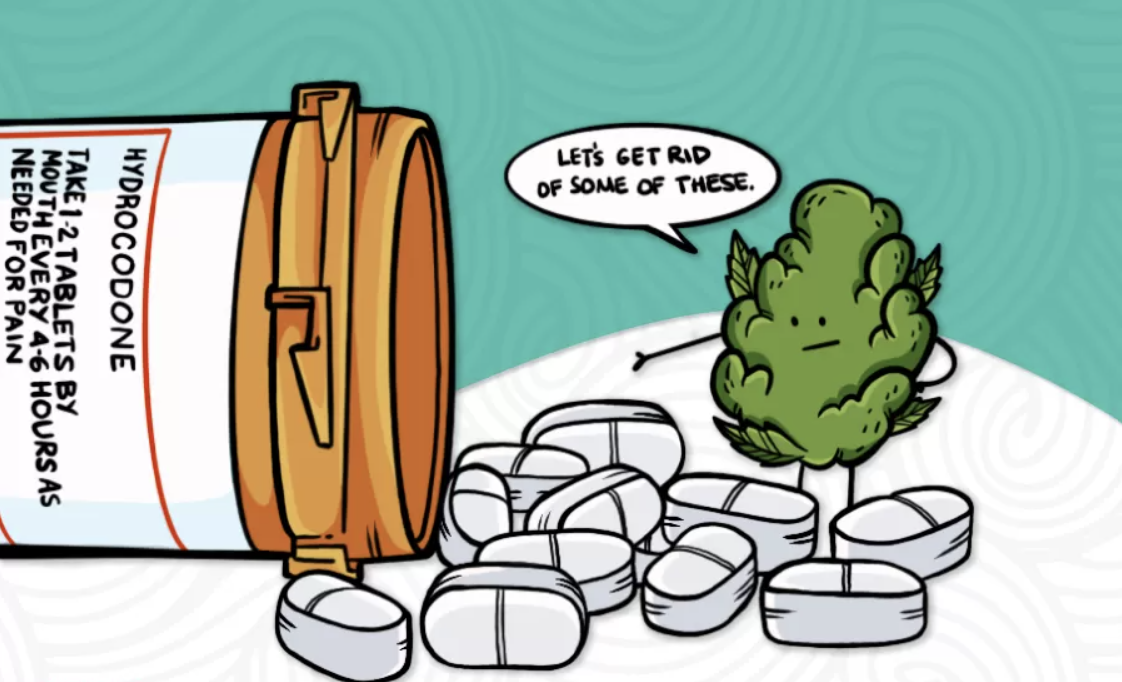 According to a scientific journal recently published in the Canadian Journal of Anaesthesia, medical marijuana patients evidence a significant decrease or elimination of opioid use over time. Although studies on the medical benefits of cannabis are slow to emerge in the US, with the continuous progress of marijuana legalization, more empirical evidence is being shared from the medical community to the general public.

Undeniably, the US has been facing an opioid crisis; health officials have acknowledged this as far back as 2016. According to the National Institute on Drug Abuse (NIDA), “2018 data shows that every day, 128 people in the United States die after overdosing on opioids. The misuse of and addiction to opioids—including prescription pain relievers, heroin, and synthetic opioids such as fentanyl—is a serious national crisis that affects public health as well as social and economic welfare.”

It is no surprise that the medical experts are looking for alternatives to treating chronic pain. Now, with legalization efforts being made across the US, marijuana is being explored as an alternative treatment to pain management professionals’ standard opioid prescription.

The observational study took place between September 2015 through July 2018 in community-based cannabis clinics in Ontario, Canada. Like many other studies conducted in recent years, the researchers focused on a group of patients who were authorized to utilize medical marijuana for treating long-term pain issues. The team of Canadian researchers found that “The proportion of individuals who reported using opioids decreased by half” over a period of twelve months.

Authors concluded: “Over time, individuals who continued consuming cannabis within this longitudinal study reported lower pain severity and pain interference scores, as well as improved quality of life and general health symptoms scores. … [T]he proportion of patients using opioids at each follow-up was decreased, … suggesting an opioid-sparing effect with cannabis use. … Our data speaks to the need for robust clinical trials, given the overall increase in opioid cessation for those that remained on cannabis.”

The findings were published within a few weeks of a similar medical study conducted by researchers, again on Canadian soil, which also concluded that, “The high rate of cannabis use for chronic pain and the subsequent reductions in opioid use suggest that cannabis may play a harm reduction role in the opioid overdose crisis, potentially improving the quality of life of patients and overall public health.”

Medical experts are clearly stating the need to explore cannabis health benefits, and we can only hope that the American government will heed their call.